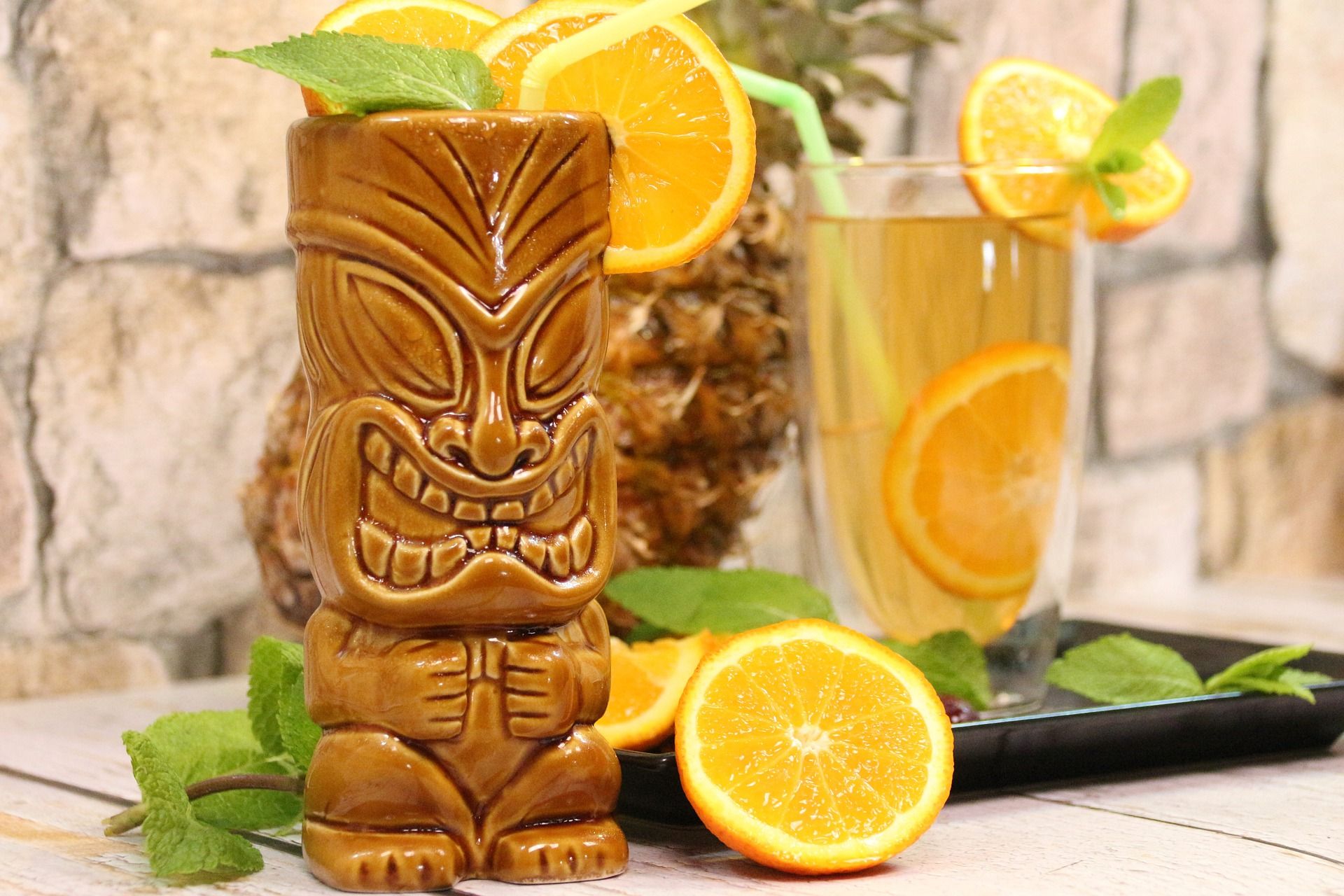 I was in a group called Modern Peasants through the last half of the 90's. Terrific group [ Jm Earp, Kevin Irvin, Andrea Altona, Bastos Moenho, Eileen Marie, Dan Allmann and myself ]. Our manager Meredith had us talking with Guardian Records. The label also had Todd Rundgren on their roster, among other top names. Needless to say, we were excited to be in this capacity. One day, Meredith called me and asked if we'd want to come to Todd's show at the prestigious Belly-Up Tavern in Solana Beach. We' were told that we'd get to be "in" the show. So, we went to seize the opportunity. It was a great time, hanging out in a the VIP area, meeting new people... cocktails... taking in the show.

The show itself was a blast in that Todd had rearranged all of his tunes to be played in tiki-touristy fashion. They went so far as to turn the stage into an entire tiki bar — complete with a lounge to the left of the band; and a tiki bar to the right of where the band was playing — like a club inside of a club. Serving real drinks. Super cool concept. The members and guests of Guardian Records took turns acting as human props — taking part in he show by sitting in the tiki lounge or standing at the tiki bar — right up there with the band as they played their tiki gig.

About an hour or so into the set... mingling with the peeps....Meredith, approaches:  "Hey, Chuck! Y'wanna go up there?"

"Go over there to that bouncer guy at stage left."

I pull up to the standing tiki bar. Todd's bass player is close enough to shake hands with. Acknowledges my arrival with a welcoming smile. Todd is immediately next to him.. six feet away. They're playing, "And I Saw The Light." And, I'm already having a super-blast. It sounds great.

"You wanna drink, man?" the bartender says. "On the house, Todd's got it."

I turn around and look at Todd. He smiles. I nod in thanks. He nods.

"Sapphire and tonic, please." as the bartender sets  a 3x5 card in front of me with instructions since I am now part of the show. He spins away to furnish my drink.

I read the card. it says: "An attractive woman is about to approach the bar to your left. She'll order a drink. After she does, hit on her."

A few minutes later, the beautiful woman—I MEAN MAGNIFICENT—woman arrives and orders her drink, doesn't acknowledge me and turns towards the band to watch. I play it cool and do the same while thinking how much I like the Todd-gone-tiki thing. I wonder what the woman's role is going to be. Her drink arrives shortly. She turns to receive her drink and her 3x5 card with her instructions.

Todd is smiling, watching the action, singing, "and I saw the light in your eyes...."

She says, "Hi, I'm Katie,"  picks up her drink and throws it into my face.

The place roars into laughter so does the band, and so do I—I look at Todd who nods laughing as if to say "welcome to the big time buddy, gotcha!" Katie is laughing at me too saying, "dude I'm so sorry are you okay." The bartender hands me a towel.

I got to meet Todd after the show. Nice guy.
Great sense of humor.

I love rock and roll.